IMPORTANT INFORMATION: Visits are carried out by appointment 48h before via the reservations module or by phone. Thank you for your understanding. 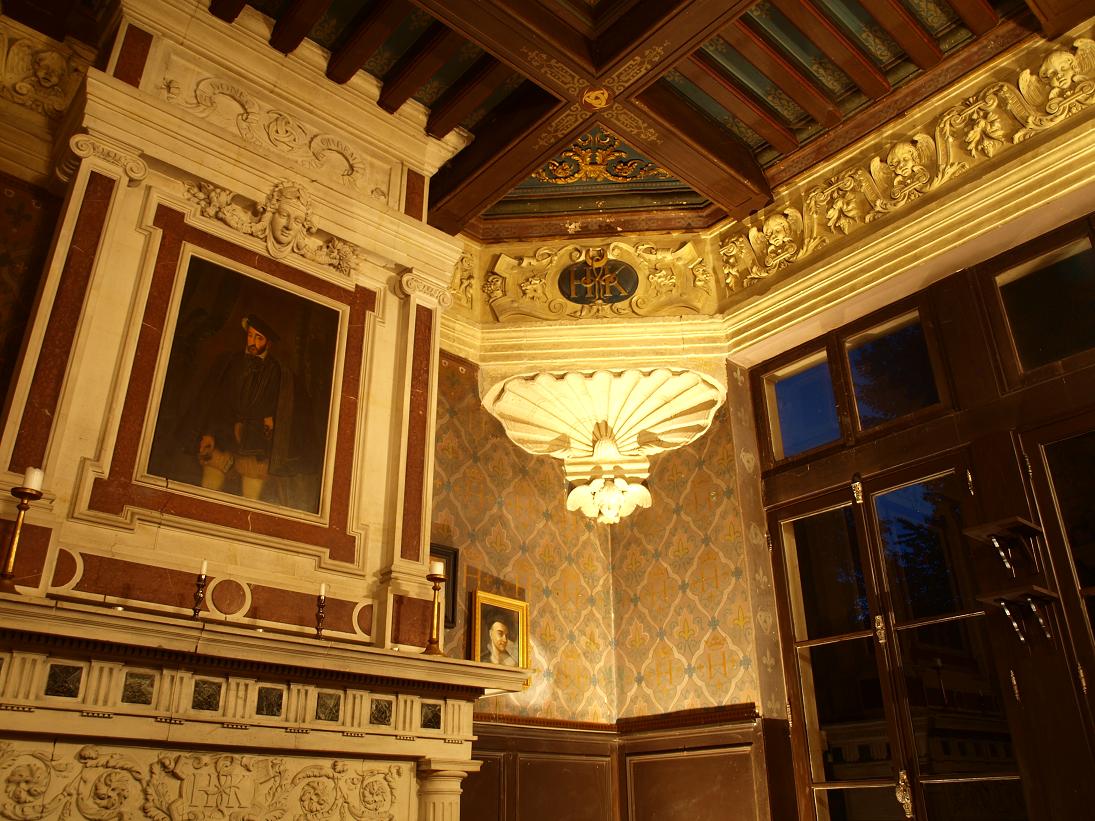 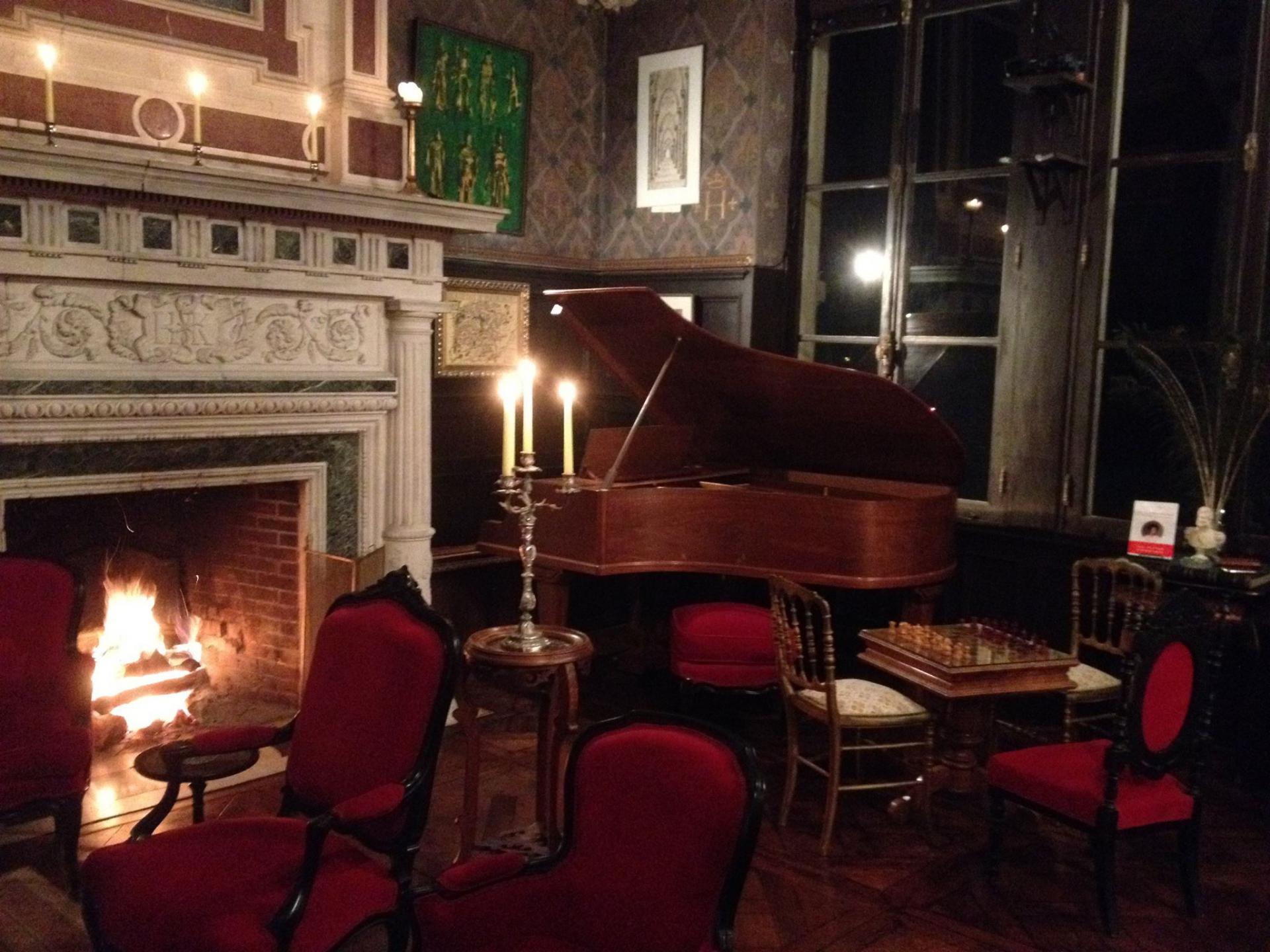 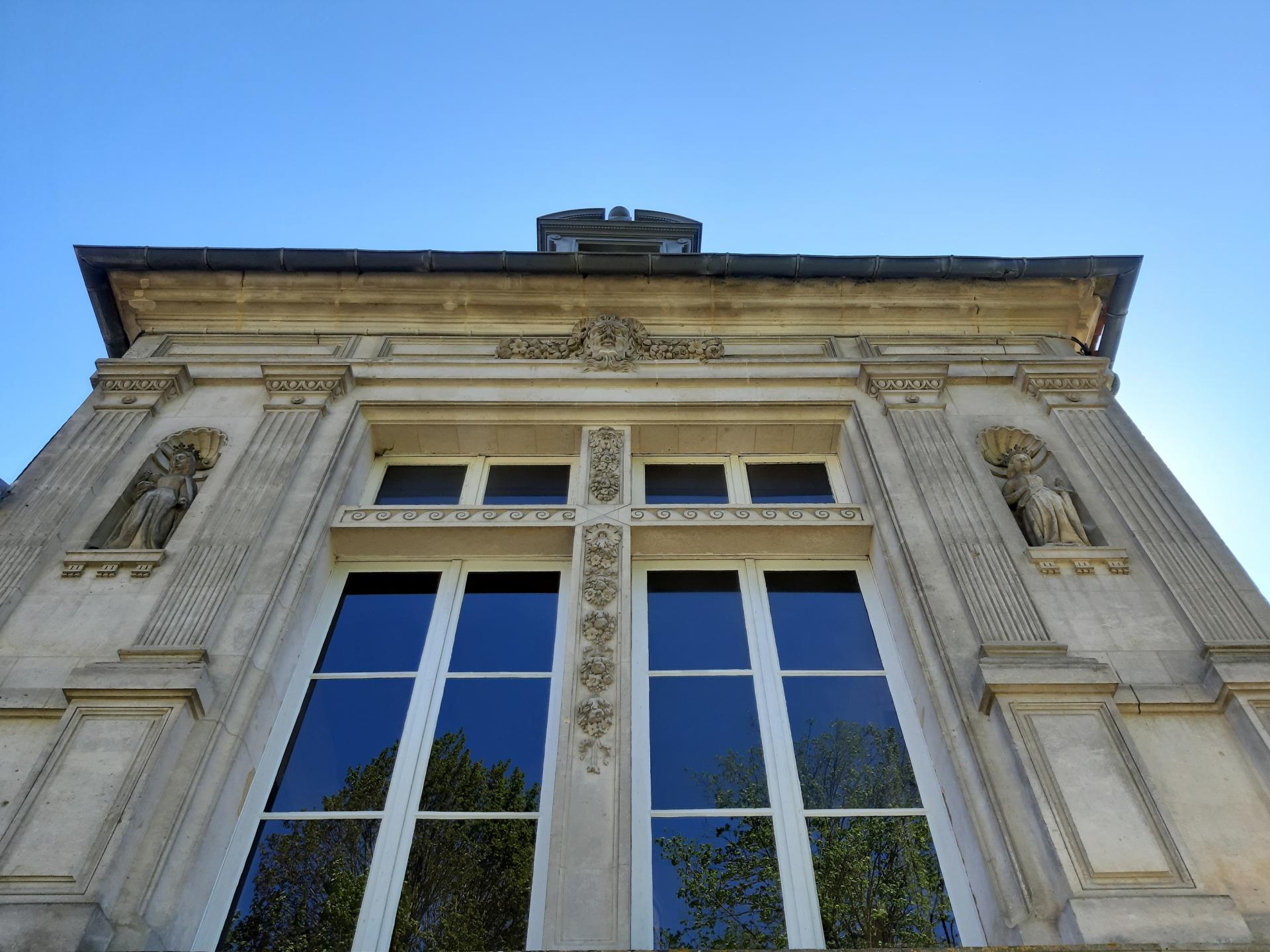 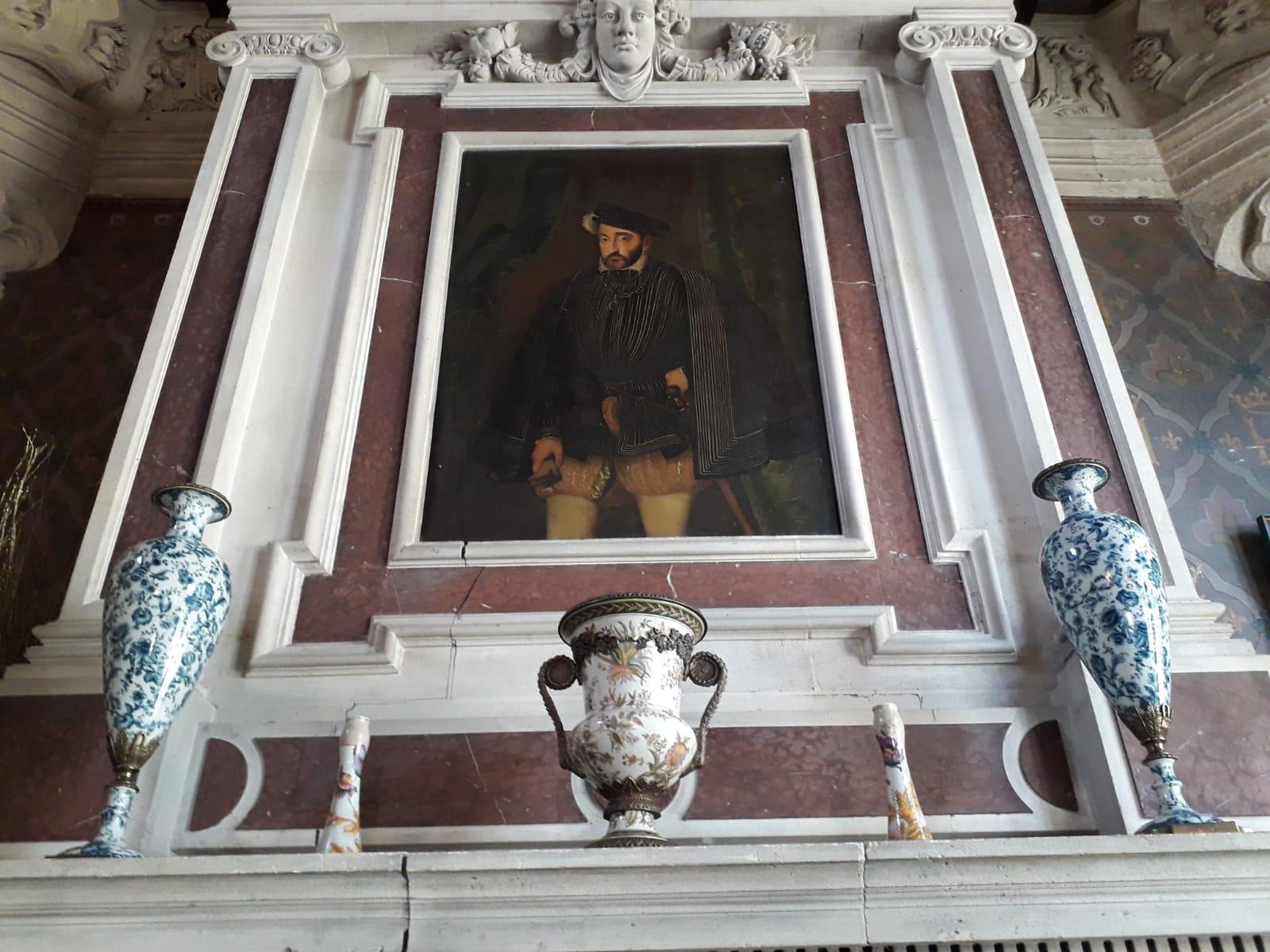 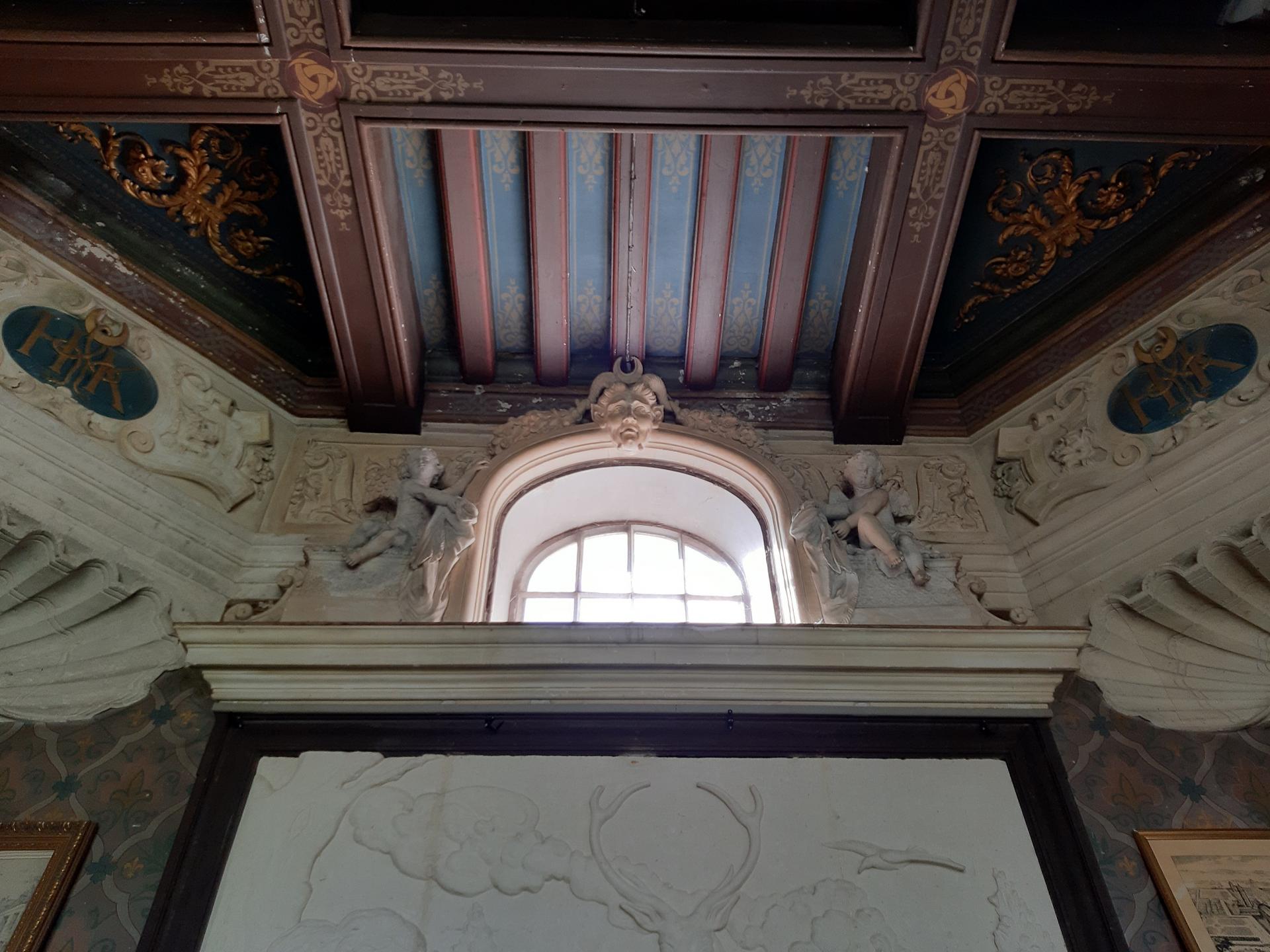 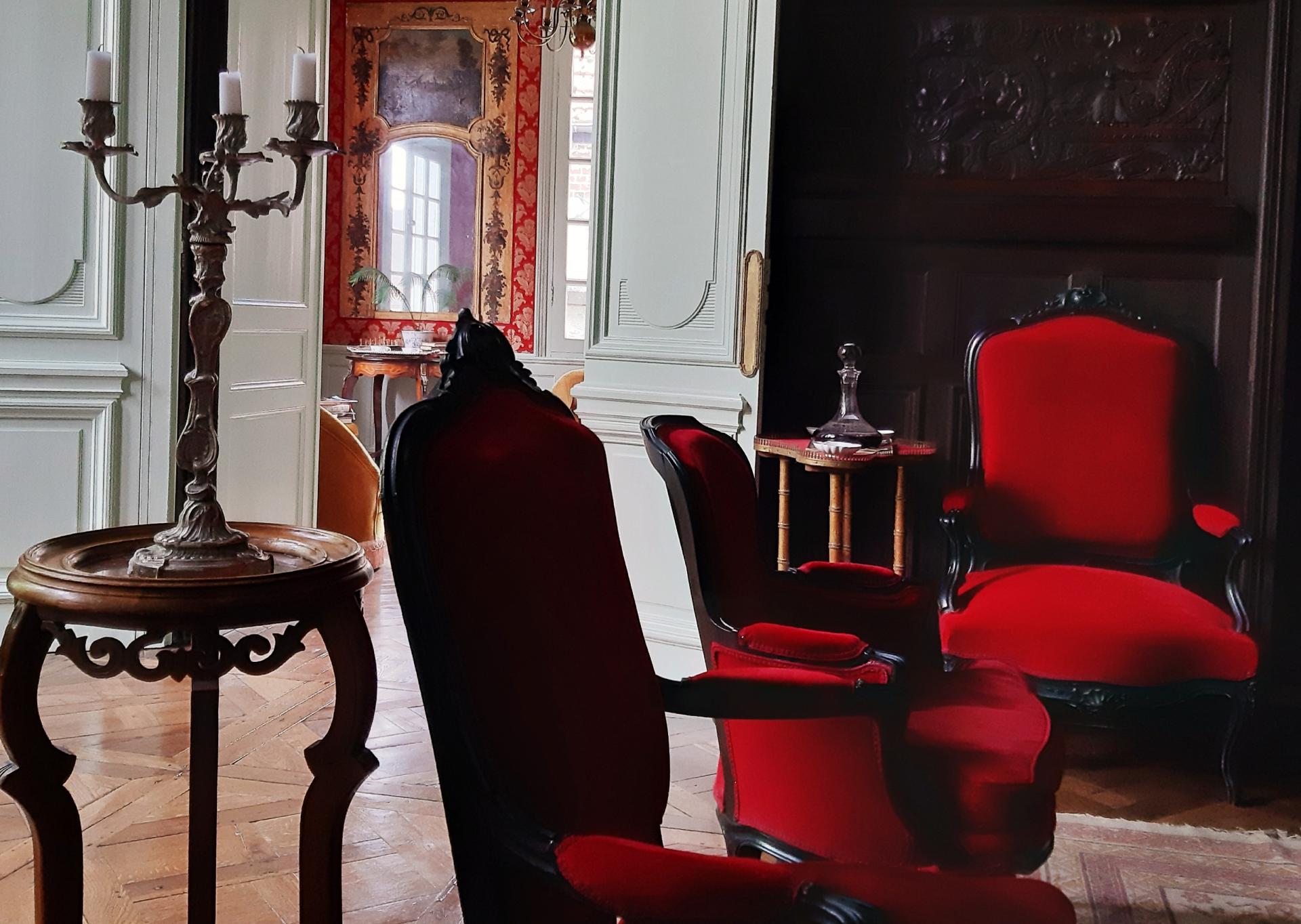 Le Pavillon Henri II will be open every Saturday and Sunday from 9th April 2022 to 25th September 2022.

All year round for groups by appointment with the Retz en Valois tourist office.

This building, listed as a Historic Monument, is a former dependency of the castle of Villers-Cotterêts. A small jewel adjoining the private apartments of Francis Ist, it was built in the 16th century and constitutes a decorative and ornamental program with no equivalent in the Valois.

A perfect complement to the castle

After visiting and admiring the two magnificent staircases of the castle and the entablature of the chapel, it is in the Pavillon Henri II that you will find the most remarkable Renaissance-style interior decorations of Villers-Cotterêts. Whether they are 16th century or neo-Renaissance, with their stuccoed gold leaf motifs, woodwork panels, sculptures, murals or coffered ceilings, they bear witness to the wealth and importance of their owners: the royal family and the Dukes of Orleans.

Pavilion of the royal and princely domain of the Château de Villers-Cotterêts, Francis Ist had it built, the Duke Louis-Philippe of Orleans enlarged it, King Louis-Philippe bought it and redecorated it and kept it until his death. All of them brought their own touch, to leave us today its superb decorations.

The first half of the 19th century was a parenthesis in the noble history of the Pavillon Henri II which was sold as a national property in 1795 to Jean-Michel Deviolaine, a father figure for Dumas, close to the Orleans family and future father curator of the crown forests. The property then welcomed for a time the Swedish count Adolphe Louis Ribbing de Leuven during his exile in France.

Alexandre Dumas wrote in his Memoirs: "The house of Monsieur Deviolaine was a palace much appreciated by me...".